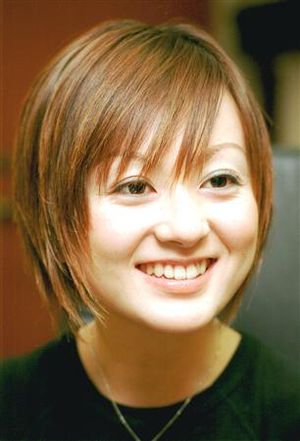 Ando Nozomi is a former Oha Star girl and also a former Nicomo (model of nicola). She made her acting debut with Gamera 3 Jashin Kakusei. After that film she appeared in a handful of others and won herself Mainichi Film Contest Sponichi Grand Prix Newcomer award for Sakuya Youkaiten in 2000. She was also the recepient of the Third Nihon Digital Video Grand Prix award for best actress.

While she began singing on an independent label in 1999, in 2001 she made her major debut with Crowd Record. However, she has focused more on acting in recent years and has not recorded music since 2003. She also got married five years later, as announced on her blog, and gave birth to her first child a year later.