From generasia
(Redirected from Anna)
Jump to: navigation, search 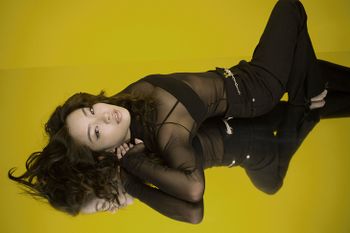 Anna is a New Zealand-Japanese singer. She has acted in her youth in some movies.

Born in New Zealand, Anna spent her younger years in Hong Kong and the Philippines. Growing up on U.S. pop songs, she aspired to be a singer after seeing Britney Spears perform. Anna, a student of ballet, came back to Japan when she was in fourth grade to audition for the leading role of "Annie", the musical. She landed the role as Annie on her second try the following year which kicked off her career in show business. Anna likes to keep her style "simple yet refined" which may be a bit misleading according to Mikako who says "Anna comes off as being somewhat of a cool princess, but she really has the sweetest heart". Akina follows, saying, "Anna is the leader, but leads us all in a way which we can all have fun". "I know that I have to lead the group, but I like to make my decisions after having extensive discussions with the entire group", says Anna who also mentioned that she prefers to "mellow out" to music in her down time.

On November 16, 2018, she announced she would be graduating from FAKY on December 20th to devote her time to acting.