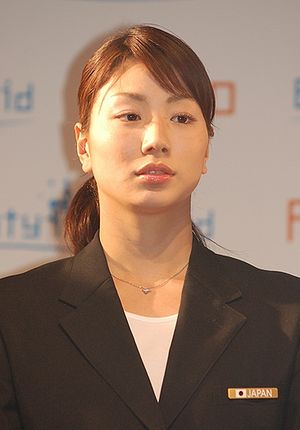 Aoki Ai (青木愛) was a Japanese idol singer-songwriter. She got his break in show business in the 1980s as a female college student idol reporter for the news program Tonight 2. She later debuted as a singer with the single "Ai wa Shinkirou no Naka" in 1989 under the label Toshiba EMI.

She is currently a politician for the Democratic Party and serves on the Japanese House of Councilors since 2007.