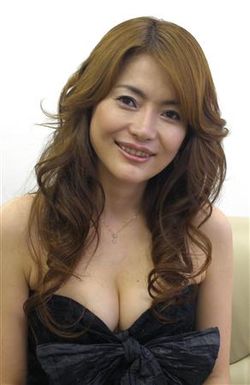 After graduating high school, Aota attended Toita Women's Junior College for a term before dropping out of college. From 1986 to 1987, she appeared in various gravure magazines such as BUNTA and Monthly Playboy. Then in 1990, she won the grand prix award for the Oscar Promotions contest "Japan Beautiful Woman Big Prize". From there, Aota became a member of the first generation of C.C. Girls in 1991. While in the group, the members would nickname her Tenko as Noriko was given to Harada Noriko.

In 1994, Aota, along with the other members of C.C. Girls, became a campaign girl JAL Okinawa. Later on, Aota graduated from C.C. Girls in 1998 to pursue a solo career in acting and comedy. She started to appear in various movies and video movies while appearing as a MC in various variety shows. She became a regular in various radio and television shows like "All Night Fuji" and "London Hearts", where she did her women corner L'amant. In that corner, Aota became famous overnight for the expression "Jesus Christ <3". Inspired by the expression, she went on to released the Komuro Tetsuya produced single "Jesus" in 2006.

Aota married an businessman for only about eleven months from 2004 to 2005.