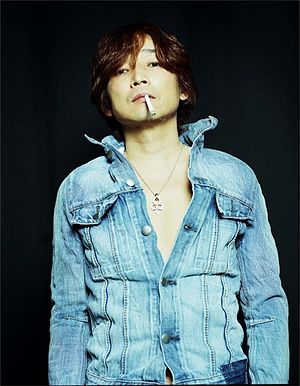 Asai Kinichi (浅井健一) is a solo singer. In the years 1990-2000 he was a part of BLANKEY JET CITY. The status of his band JUDE is unknown. Asai played electric guitar on Shiina Ringo's "Tsumi to Batsu", while she made guest appearence on his song "Kiken Sugiru".