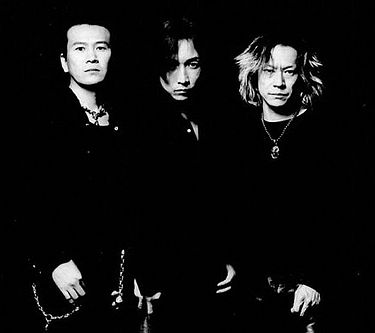 BLANKEY JET CITY was a Japanese rock band. They formed in February 1990 and disbanded in July 2000.

BLANKEY JET CITY (ブランキー・ジェット・シティ) was the three piece band. Originally formed in 1990, the band became popular during the "band boom." The band wrote songs about a fictional city named Blankey Jet City. In 2000, the group called it quits and disbanded. Its members, Asai Kenichi (vocals & guitar), Terui Toshiyuki (bass), and Nakamura Tatsuya (drums) all are working on their own solo projects. Most of the bands are still connected to each other via SexyStone Records.