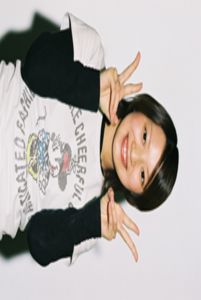 Asami Nao (麻見奈央) is a Japanese actress and talento. She first appeared on Asayan at 14 years old, auditioning for the show's CM Beautiful Contest but lost to Ikewaki Chizuru. She is best known for her role as Sailor Saturn in 1998 in the Sailor Moon musicals or Sera Myu as Sanpei Asami.

In 2001, Asami Nao would join the idol group BONITA under the name Asami Nao for only a year. Then three years later, her fanclub would close up but Asami would continue to appear in commercials and various variety shows.