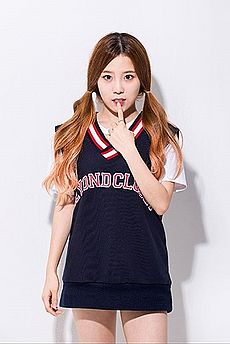 Ayoung (아영) is a South Korean singer. She made her solo debut in November 2016 with the digital single "Don't Cry". She was in the pre-debut line of the Korean Pop girl group BLACK MAMBA.