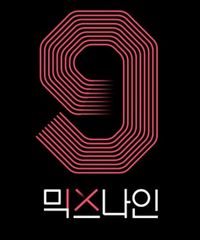 MIX NINE (믹스나인) is a South Korean audition show on JTBC. The show will feature Yang Hyun Suk as he visits labels and picks out a handful of candidates to raise as superstars. The top nine of the winning gender will form a project group.

Out of 400 applicants, these are the 170 that were chosen through the initial auditions.

The first mission consisted of performing to the original song "Just Dance" produced by Teddy. The results of the mission were chosen via 50% audience votes and 50% judge panel votes (judges for the showcase were YG, Zion.T, Seungri, and Jennie).

The second mission is a gender position battle. 3 vocal teams, 2 rap teams, and 4 dance teams of each gender will compete to gain individual on-scene votes. The gender with the highest individual scores combined wins and gains 2000 benefit points. Judges overseeing the battle were YG, Zion.T, MINO, and CL.