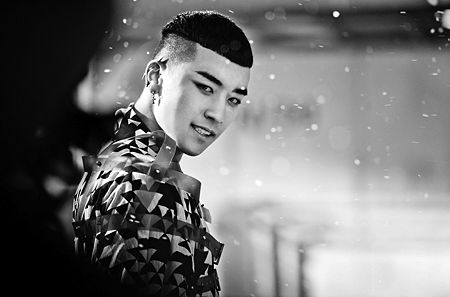 Seungri (승리) is a former Korean singer and actor under YG Entertainment. He was the youngest member of YG Entertainment group BIGBANG and was appointed CEO of YG subsidiary YGX on June 4, 2018. He announced his retirement from the entertainment agency on March 11, 2019 after being under investigation as a suspect in controversies concerning his club "Burning Sun". On March 13th, YG Entertainment officially terminated his exclusive contract upon his request.

Before joining BIGBANG he was a member of a well known dance team in his hometown Gwangju. While he was in this dance team, he competed with other future singers including fellow BIGBANG member Taeyang, TVXQ leader U-Know, Super Junior's Eunhyuk, SHINee's Minho and 2PM's Jaebeom. It was also at this time that he also appeared in the TV-Show Let's Coke Play! Battle Shinhwa! where he competed to be part of a new boyband created by Shinhwa, although he was cut before the finals.

In 2006, already being a YG Entertainment trainee he attempted to join BIGBANG though he was one of the cut out during the group's documentary TV-Show. Then he, along with Jang Hyun Seung, was given another chance to impress YG Entertainment CEO Yang Hyun Suk. It was this time when he succeeded and finally joined BIGBANG.

In 2009, he promoted his solo song "Strong Baby" with a good reception. The song was included in BIGBANG's album Remember.

In November 29, 2010, his official solo debut was announced for January 3, 2011. Although it was announced by YG that his solo release would be a digital single, it was later revealed by the company that he will release a mini-album instead on January 20. 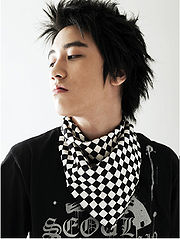