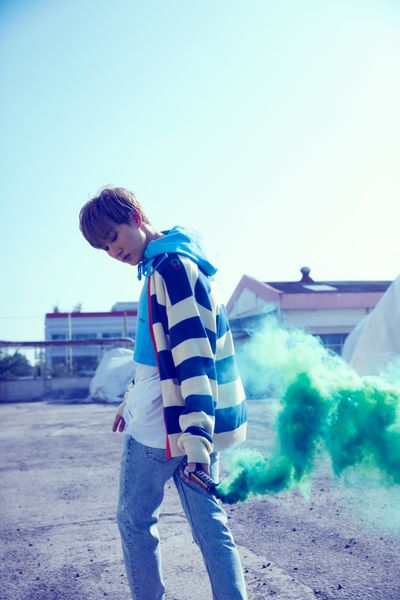 Eunhyuk (은혁) is a South Korean artist under SM Entertainment. He is a member of the Korean Pop boy group Super Junior. He is also part of the side projects Super Junior T, Super Junior Happy, Super Junior M, SUPER JUNIOR-D&E and the one-time units YOUNIQUE UNIT and SM The Performance.

Eunhyuk was brought to SM Entertainment attention by auditioning in the "Starlight Casting System 2000" audition. He officially debuted as a member of Super Junior on February 6. He began using the stage name Eunhyuk, due to a conflict with another celebrity who shared his same name, comedian Lee Hyuk Jae.

Eunhyuk is talented in both rap and dance, as he often seen performing dance solos in the groups live performances and music videos. In Super Junior songs, Eunhyuk is the lead rapper, combining bubblegum pop lyrics with his quick and unique voice tone.

He is a very close friend with Xiah from Dong Bang Shin Ki and they went to the same elementary and middle school together. They were also chosen to be make a brief appearance on the show called Heejun vs. Kangta, Battle of the Century: Pop vs. Rock along with TRAX members Attack, Typhoon and Rose.