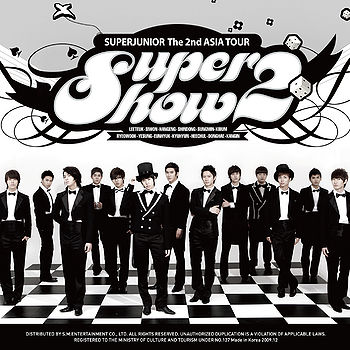 The 2nd ASIA TOUR CONCERT SUPER SHOW 2 is Super Junior's second live album. The album was recorded at their concerts held at the Olympic Fencing Gymnasium in Seoul, South Korea from 17 to 19 July 2009, the first stop of their second Asia tour, SUPER JUNIOR The 2nd ASIA TOUR: SUPER SHOW 2

The album was also released in Taiwan by Avex Taiwan on 15 January 2010.