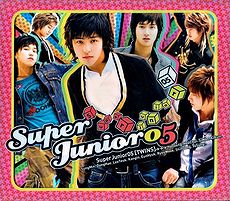 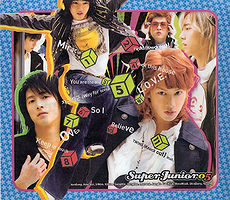 SuperJunior05 (TWINS) is Super Junior's debut album. The album peaked at #3 on the MIAK K-pop albums chart, selling 28,536 copies in the first month of release. It includes Super Junior's first #1 radio single, "Miracle" and the group's successful debut digital single, "TWINS (Knock Out)". The album sold over 94,000 copies by 2008. Only twelve of the current thirteen members of Super Junior are featured in this album as Kyuhyun was not added to the group until six months after this album's release. The songs "Keep In Touch" and "Believe" are Korean covers of the Japanese group EXILE's songs "ki・zu・na" and "Believe" respectively.