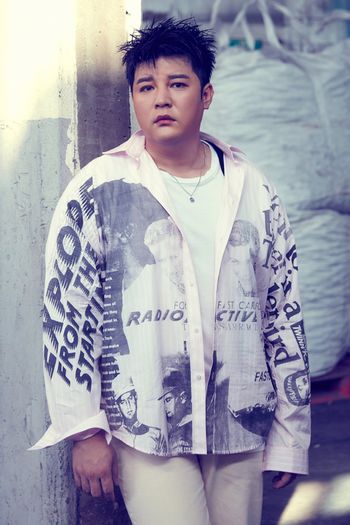 Shindong (신동) is a South Korean singer, actor, and director under SM Entertainment. He is a member of the Korean Pop boy group Super Junior. He is also a member of the side projects Super Junior T and Super Junior Happy. He made his first public appearance in July 2002, when he was seen on the TV-show Goyangsi Youth Dance as a back-up dancer. He is responsible for most of the choreography of Super Junior. While on military leave in 2015 and 2016, Shindong and three friends created Walala Productions, their focus on creating "low cost high quality" music videos. He made his directorial debut with the SM STATION song "Marry Man" by himself and UV.