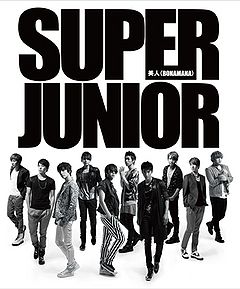 "Miina (BONAMANA)" is Super Junior's fourth digital single. It was used as the lead track on their fourth album Miina (BONAMANA), where it can be found as track #1. It is also included in the repackaged version of the album, as track #1. The song reached #123 on the Gaon 2010 digital yearly charts with 1,264,311 copies sold.

The single reached #2 on the Oricon charts, and charted for 7 weeks.