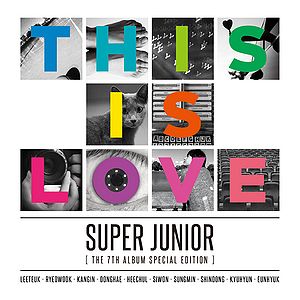 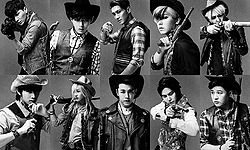 MAMACITA is the seventh Korean album released by Super Junior. The title track, "MAMACITA (AYAYA)" was used as the lead track. The album was later released as a repackage titled THIS IS LOVE which included three new tracks and used the stage version of "THIS IS LOVE" as the title track. This is their first Korean album since the 2012 release Sexy, Free & Single. THIS IS LOVE was released in ten versions with different cover and booklet images. The members also participated in designing the album covers.

The album hit the #1 spot on Hanteo chart, making it the best selling of the week with more than 65,000 copies sold. It became #1 on iTunes in many countries such as Hong Kong, Philippines, Singapore and Thailand and placed in the Top 10 in many countries such as Japan, Indonesia and México. The album topped Billboard's Album World Chart with just three days of sales. According to Gaon Album Chart, as of the end of December 2014, the album has sold a cumulative total of 265,781 copies domestically.

THIS IS LOVE Covers