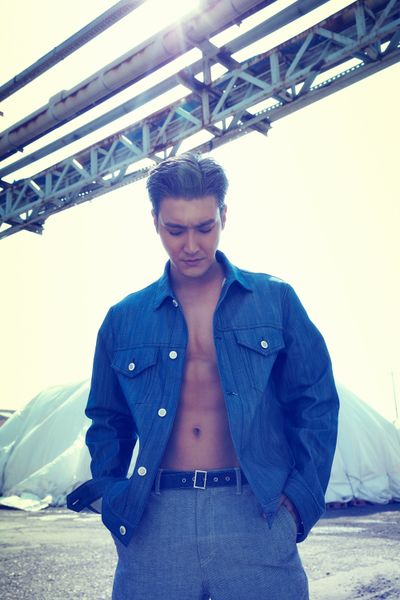 Siwon (시원) is a South Korean singer and actor under SM Entertainment. He is a member of the Korean pop boy group Super Junior and the sub-unit Super Junior M.

Siwon was discovered by the "Starlight Casting System" in 2003 and debuted as a member of Super Junior in 2005. However, he was first officially seen in a music video for fellow label-mate Dana when she was still a solo singer. He quickly emerged as one of the highly visible members, seen on many variety shows, although he has not been of the main vocalists.

Although his current focus is the group, Siwon has also continued his acting career. Shortly after Super Junior's debut, he joined the cast for the Korean dorama Spring Waltz. He has also been part of the epic film Battle of Wits with Hong Kong actor Andy Lau. Battle of Wits was a big budget film with joint collaboration from South Korea, China, and Japan, and was released in China and Hong Kong on November 23, 2006. Siwon promoted the movie in China with a short tour of four cities at the end of November 2006.

Siwon is also a drummer, having performed with the band TRAX in September 2006 on SBS's music show Inkigayo due to the fact that their drummer had left the band. Both TRAX and Super Junior are part of SM Entertainment.

He won in 2007 the "Best Super Model Of the Year" and the "Sexiest Guy in Korea" awards. Due to this winnings, his popularity considerably rose up.