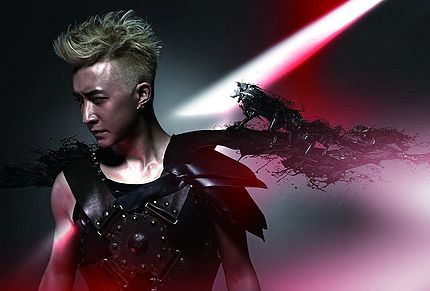 Han Geng (韩庚) is a Chinese singer. He was the only Chinese member in the Korean pop boyband Super Junior. He was chosen through a SM Entertainment talent search held in China in 2001. Han was also the leader of the side-project group Super Junior M. In 2010 he debuted as a solo artist in China, after he filed a lawsuit against SM Entertainment on December 21, 2009. At that moment, no statements were made about him leaving the group, although he didn't participated on Super Junior fourth album Miina (Bonamana), or it's related promotional activities. One year after filling the lawsuit, in December 2010, it was revealed that he won the case. He then left both Super Junior and SM Entertainment.

Han Geng was discovered in 2001 at the H.O.T. "CHINA Audition Casting 2001", where the competition rate was 3000 to 1. However, it was not until late 2003 or early 2004 when he arrived in Korea to receive private lessons in singing, dancing, and acting. One year later he joined the other trainees in the company.

In October 2005, Han Geng officially debuted as a member of Super Junior. As a foreigner in South Korea, he is only allowed to appear on 2 television stations (KBS and SBS), as stated by SM founder Lee Soo Man during a Harvard Korean Wave conference. He had originally signed with Mnet & KM. He was one of the few members of Super Junior who actively appears on variety shows despite problems with his Visa, which prevents him from appearing on certain programs.

During the first few months of Super Junior's debut Han Geng was forced to wear a mask when performing on certain television station due to the problems with his work visa.

Many allegations have surfaced claiming that Han Geng is of Chinese nationality but of Korean ethnicity. However, he claims to be full-blooded Chinese. 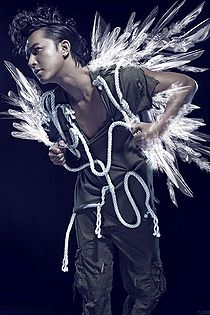