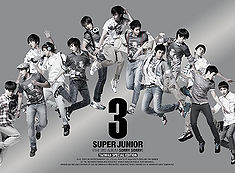 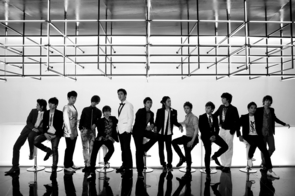 SORRY,SORRY is Super Junior's third album. The title track "SORRY, SORRY" was released as a digital single three days before the album. The album was released in two editions and was later re-released as a repackage album with 4 new songs: "Geunyeoneun Wiheomhae (She Wants It)", "Sarangi Jungneun Byeon (Love Disease)", "Cheotbeonjjae Iyagi (Love U More)" and "Neorago (It's You)", which was used as the lead single for the repackage promotions. In July, 2009, the album was released in Japan in a CD+DVD edition. The Japanese edition contains the same tracklist as the Korean repackage edition, plus a Japanese version of "SORRY, SORRY". The album debuted at #33 on the Oricon weekly chart in the week of its domestic release.

The group received the Golden Disk Awards for Disk Daesang (Album of the Year). Less than a week after pre-orders were announced, over 150,000 copies were pre-ordered. According to South Korea's Hanteo Charts, it debuted at #1 on the charts with almost 30,000 copies sold on the first day, making it the biggest opening day in sales of the group's career. The album also made an appearance on Gaon 2010 yearly charts, at the #99 rank, selling 14,581 copies. The album currently sold a total of 270,152 copies by 2011.

SORRY,SORRY became the last album of the group to feature members Han Geng and Kibum.