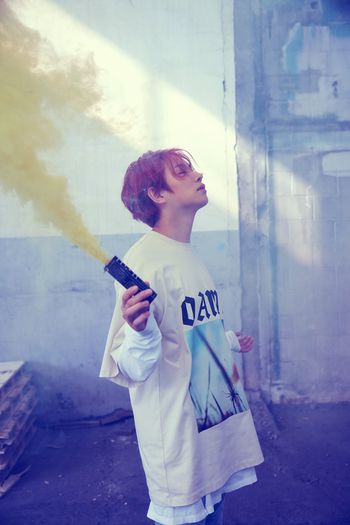 Heechul (희철) is a South Korean singer and actor under SM Entertainment. He is a member of the Korean pop boy group Super Junior. He is also part of the side project Super Junior T and the project duo M&D with TRAX's guitarist Jung Mo.

Heechul was first discovered at the "Starlight Casting System 2002". Before he officially debuted as the member of Super Junior, he was put into a group with, his later fellow member, Kang In and Hero and U-Know called "Four Seasons." They were to represent the four seasons of the year. The prospective group never saw the light when the two members, Hero and U-Know, became members of Dong Bang Shin Ki and debuted in 2003. He still maintains a close friendship with U-Know.

Heechul made his first appearance on TV when he starred in the teen drama Sharp 2. He also appeared on television through modeling, acting, and as VJ. On November 6, 2005, Heechul officially debuted on SBS Inkigayo performing a song from Super Junior's first album, "TWINS (Knock Out)".

Aside from singing, he began to appear on numerous variety shows such as Vitamin, Sponge, Xman and Love Letter, and had one of the leading roles in the sitcom Rainbow Romance. Heechul was a substitute MC for Andy of Shinhwa on SBS Inkigayo on numerous occasions. He can also be seen in advertisements for various Korean brands.

On August 10, 2006 Heechul was involved in a car accident while heading back to Seoul from Mokpo, where he went to attend fellow Super Junior member Donghae's father's funeral. The tires malfunctioned while his car attempted to switch lanes. From this accident, he fractured his femur and sustained several other injuries. He was advised to stop all activities for a period of 2 months. Heechul came out of the hospital in September.