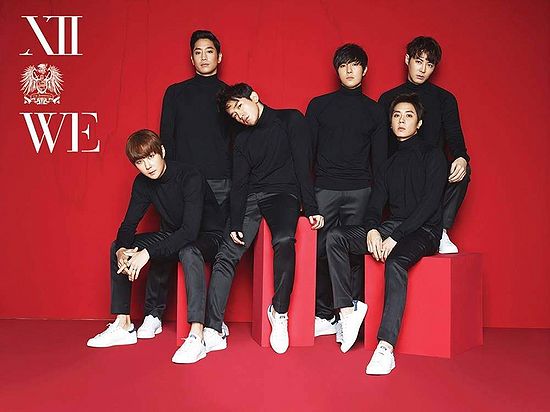 Shinhwa (신화; Myth, Legend) is a Korean pop six member boyband that still remains very popular years after they debuted. The group debuted on KM Music Tank in 1998 under SM Entertainment. In 2003, they signed with Good Entertainment after their 5-year contract with SM expired. The members formed Shinhwa Company in 2011 and after a four year hiatus, the group made their comeback in 2012.

Upon their debut, many labeled Shinhwa as another cheap attempt to capitalize on the boygroup craze spurred by its label mate H.O.T.. However, Shinhwa managed to remain active and popular to this date. Outlasting the majority of musical groups was not an easy feat, yet the six individuals were able to release album after album, and later take part in solo activities for each of the members.

Shinhwa expanded its fanbase by releasing albums and touring in other countries, most notably in Japan. Also, their dedication to one another proved strong and remarkable, as they vowed to remain together, even through contractual disputes and label transitions.

Member Andy was absent for the 4th album activities as it was reported that he attempted to commit suicide. He was given, or perhaps forced, to take some time off from the group. This was proved to be false as it was later noted that he did not participate on their 4th album because he went to the United States to finish his studies. The group has stayed together since.