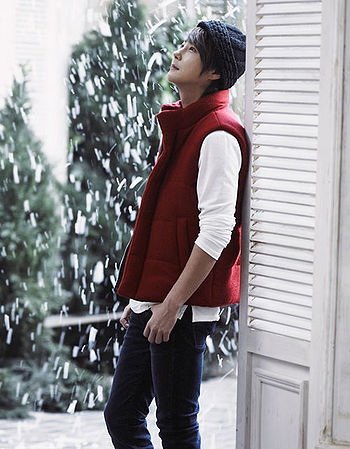 Shin Hye Sung (신혜성) is a Korean pop singer. He debuted as the lead singer for the popular boyband Shinhwa. He auditioned in America and became the first member to be part of the group. In 2003 he become a member of the project group S, along with his good friends Kangta and Lee Ji Hoon. Two years later, in 2005, he became the second Shinhwa member, after Min Woo, to make a solo debut. In 2010, he debuted in Japan with the simultaneous release of an original Japanese album and a Korean best album.