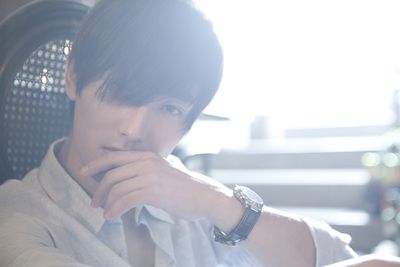 Kangta first debuted as H.O.T.'s lead singer along with the four other members under SM Entertainment. He showed promising potential in songwriting early on in his career. The group officially disbanded in May 2001, leaving Kangta to pursue a solo career.

After the release of his second solo album, he participated on a group project called S along with fellow friends Shin Hye Sung and Lee Ji Hoon.

In 2005, Kangta made his acting debut with one of the main roles of the joint drama production between Korea and Taiwan entitled The Magic Touch of Fate alongside Ruby Lin and Alec Su. Later in that same year he also starred the Korean drama Loveholic.

In 2006, Kangta and Taiwanese singer, Vanness Wu, formed the duo KANGTA & VANNESS. Together, the two released their first single "SCANDAL".

Kangta was originally scheduled for his mandatory two-years military service at the beginning of 2008; however, SM Entertainment helped him defer the date so that he could released his fourth album Eternity in March. On April 1, 2008, he started his mandatory service and was discharged on February 19, 2010.

Kangta made his comeback to the music on September 2010 with the digital Taiwanese single Ai, Pin Lu (Breaka Shaka).