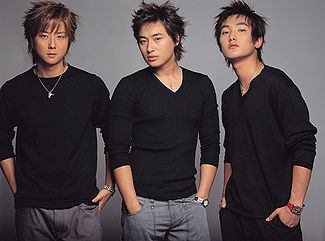 S (에스) was a project group debuted in 2003 under SM Entertainment and formed by Kangta, Lee Ji Hoon and Shin Hye Sung, known for their close friendship. S stands for "Supreme".

The group debuted with the release of the self-titled album S. Two years after the release of the album, they participated with one song on the soundtrack album of the movie April Snow, starring Bae Yong Jun and Son Ye Jin. As several years had passed since their last release, it is very likely that S had unofficially disbanded.