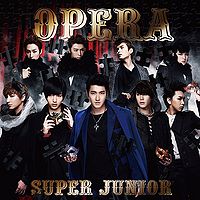 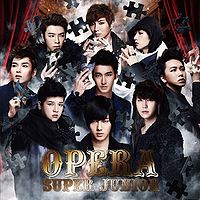 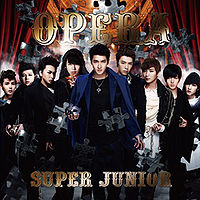 "Opera" is Super Junior's fifth Japanese single. It was released in 12 versions, a limited CD+DVD edition including a sticker, nine limited pressing editions, a regular CD Only edition, and a CD Only limited fan club edition only sold on mu-mo store including a 28page photobook. The limited pressing editions feature one different member per cover, and each one include a different puzzle piece of the member featured on the cover (pieces fit into each other to form a 9-piece puzzle). The regular CD Only edition would be only available once the limited pressing editions were sold out. The title track is a Japanese version of the song originally included on their fifth Korean album Mr. Simple.

The single reached #3 on the Oricon charts, and charted for 14 weeks.