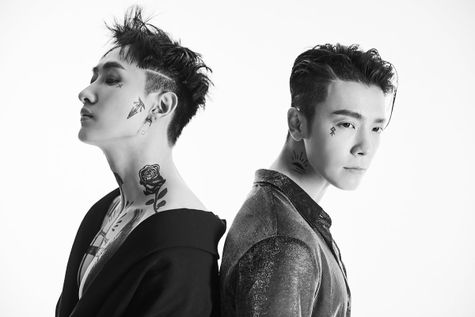 SUPER JUNIOR-D&E is the fifth official sub-unit of the Korean Pop boygroup Super Junior. They debuted in Korea in December 2011 with the Korean digital single "Tteotda Oppa (Oppa, Oppa)". The single was later released as their Japanese debut in April 2012. 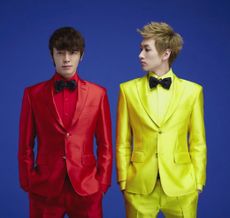 The song "Tteotda Oppa (Oppa, Oppa)" was first introduced at Super Junior's world tour Super Show 4 on November 19, 2011. A month later, SM Entertainment announced that SUPER JUNIOR-D&E would promote the song in several shows like Music Bank, Music Core, Inkigayo and M! Countdown. The first music video was also released on 16 December, which features the performance of the song in Super Show 4. A second music video was released on December 21, 2011 which was edited and directed by Super Junior member Shindong, marking it his directorial debut. In this video, there are cameo appearances by Amber of Korean girl group f(x), Young Sky, Peter of Team One Sound, and Shindong.

The single was released in Japanese with an original Japanese PV on 4 April, 2012. On the day of its release, it reached number two on Oricon Daily Chart with 42,114 copies sold. It debuted at number two on Oricon Weekly Chart for the week of 2 to 8 April 2012 with 68,475 copies sold and number one on Tower Records' daily charts. The duo then held a fan meeting, Premium Mini Live Event, in support of the single on 11 April at Shibuya-AX.

Peter of Team One Sound wrote through Twitter that the duo would release new songs in 2013. On June 19, 2013, the duo released their second Japanese single "I WANNA DANCE" which also includes the B-side track "Love That I Need" featuring Super Junior-M member Henry.

SUPER JUNIOR-D&E THE 1st JAPAN TOUR 2014 was kicked off in Nagoya on 4 March 2014, going through 8 cities including Osaka, Hiroshima, Fukuoka, Kobe, Niigata, Budokan and Tokyo for 22 performances. The duo sang a total of 22 songs, including "I WANNA DANCE" and "Oppa, Oppa". The dup wrap up their concert from May 8 to 10 in Budokan attracting a total of 100,000 fans for their 1st Japan Tour. 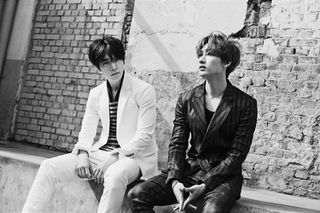 In February 2015, it was announced that the duo would release their first physical album in South Korea. The showcase for their first EP, The Beat Goes On took place at the SMTOWN Coex Artium on March 5. The album released online on March 6 and offline on March 9. Donghae participated in the album production along with producers The Underdogs, Hitchhiker, NoizeBank and more. The duo made their comeback performance on the Korean music show Music Bank with the songs "Neoneun Namankeum (Growing Pains)" and "The Beat Goes On" on March 6, 2015 and kept promotions going on Music Core, Inkigayo and M! Countdown. On March 24, the duo released a special edition for The Beat Goes On, named The Beat Goes On (Special Edition).

SUPER JUNIOR-D&E ASIA TOUR 2015 -PRESENT- was kicked off in Taipei on June 6, going through 4 Asia cities including Taipei, Hong Kong, Shanghai and Bangkok for 5 performances. The duo released their fourth Japanese single titled "Let's Get It On" on September 30.

Eunhyuk was discharged from his mandatory military service on July 12, 2017. Following, Donghae discharged on July 14. They held a fan meeting called Hello Again on July 23 at Sejong University Daeyang Hall and participated on SM TOWN Live World Tour VI in Japan on July 27-28.

The duo's Japanese comeback kicks off with a series of monthly release where they will be releasing one Japanese song every month starting November 2017, and by later in 2018 to compile all the released singles into a full Japanese album.

On January 31, 2018, the duo released the third Japanese single titled "IF YOU", written and composed by Donghae. On February 28, 2018, their fourth Japanese single "CIRCUS", with the concept film where Donghae and Eunhyuk downsized into video game characters, playing a "CIRCUS" chase game.

In June 2018, SUPER JUNIOR-D&E announced will be released their second full-length Japanese album titled STYLE on August 8, 2018, which contains of the monthly song had been released and also including new songs the lead single "SUNRISE" and "Polygraph". Following the release of the album, they will be held Japan nationwide tour SUPER JUNIOR-D&E JAPAN TOUR 2018~STYLE~ from September 2018 to November 2018 in seven cities Yokohama, Kobe, Tokyo, Nagoya, Hiroshima, Fukuoka and Sapporo. 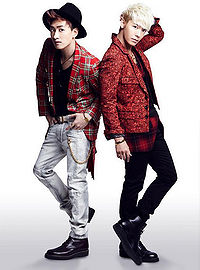 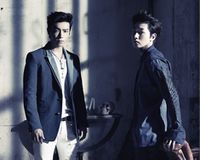