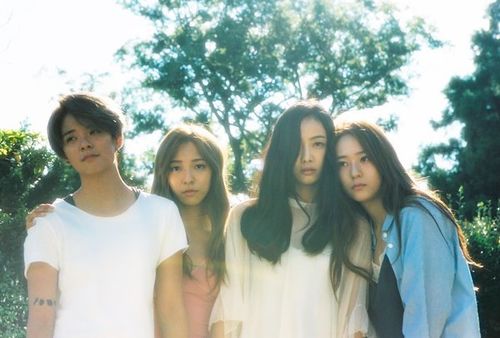 f(x) (에프엑스; pronounced "Effects") is a Korean pop girl group created by SM Entertainment. The group has been given the title of "Asia Pop Dance Group" by their label and are touted as a multinational group since f(x) consists of members from China, the United States, and South Korea. In 2012 it was announced that they would debut in Japan under avex.

SM Entertainment revealed the teaser music video for "LA chA TA", f(x)’s debut digital single, on September 23, 2009 at their home page website and their official Youtube account. Described as a "girl group with a concept that has never been done before with a dynamic feel", the group was announced to debut in fall 2009 with a goal not only for domestic activity in Korea, but for overseas ventures. The sudden announcement of SM Entertainment’s new girl group generated huge buzz in the news. Krystal, the lead vocalist, gained early popularity due to being the younger sister of Girls' Generation’s main vocalist Jessica. 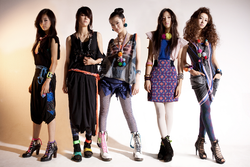 Profile pictures of each member were released on August 25, 2009 with the explanation of their name "f(x)". SM Entertainment stated "The 'x' in f(x) is a variable, and if it changes, the result will be different. The 'f' stands for 'flower', and the 'x' stands for the female chromosome 'xx'. And like a flower, they will blossom and become hot icons to represent Asia as the top "Asian Pop Dance Group"."

They released "LA chA TA" on August 31, 2009 then held a debut showcase on September 2, 2009 where they debuted their live performance for the song and unveiled the music video. Sunny from Girls' Generation and Leeteuk from Super Junior were MC's for he event while the groups Girls' Generation and SHINee attended for support. The guest list was limited to 150 attendees chosen from the Internet and the showcase was an hour long.

The music video for "LA chA TA" was released on September 3, 2009. According to SM Entertainment, "LA chA TA" is a coined term of exclamation and onomatopoeia, that was inserted to heighten and dramatize the excitement of the fun song. With its easy pronunciation, the word is expected to make sensation along with the music". They made their official debut with the song at Music Core on September 5, 2009.

f(x) obtained their own reality program titled Hello f(x) broadcast on Y-Star. The show premiered on April 3, 2010, and consisted of four episodes chronicling the group's return. Teaser photo's of Amber and Sulli were released online on April 27th, while the easer photo's of Luna, Krystal, and Amber were revealed on the 28th. Their debut mini-album titled NU ABO was scheduled to be released on May 4, 2010. The teaser music video for "NU ABO", the title track and lead single, was released online on April 29th. 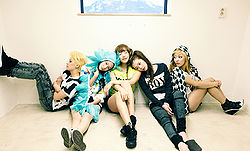 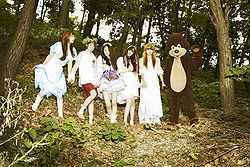 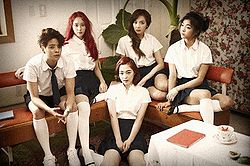 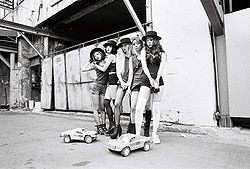