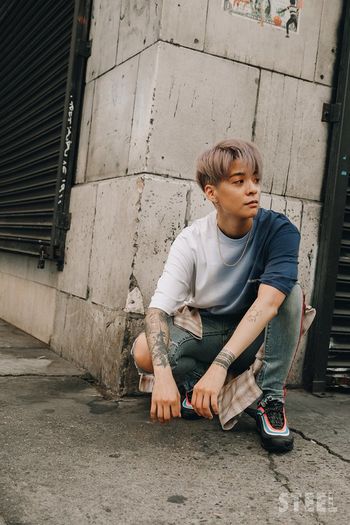 Amber (엠버) is a Taiwanese American artist under Steel Wool Entertainment. She is a member of the Korean Pop girl group f(x). She was selected as an SM Entertainment trainee through the "2007 SM Entertainment Global Audition" and moved to South Korea in 2008, where she trained for a year and a half. She is best known for her androgynous appearance, which created many discussions about her image and garnered her numerous female fans. In July 2018, she signed with Steel Wool Entertainment for her U.S. solo career under Amber Liu.