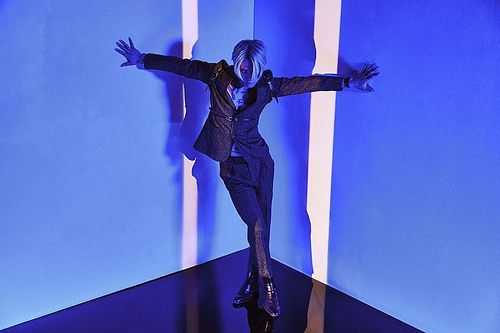 MIYAVI (雅-miyavi-) is a Japanese singer-songwriter, guitarist and actor, currently signed to Universal Music Japan. His debut in the music business was as a guitarist of the Japanese rock band Due'le Quartz. During his time with Due'le Quartz, he was called Miyabi, meaning elegant, but when he went solo, he changed his name to Miyavi. In 2002, MIYAVI debuted under the indies label PS COMPANY with the album Gagaku. In 2019, he signed a management contract with entertainment agency LDH.

Miyavi, while in Due'le Quartz, was known as Miyabi. His position in the band was that of guitarist and, occasionally, background vocals. He was the youngest member of the band, joining in 1999 at age 17, and developed the "youthful and flamboyant" image he still carries on today in his solo career, albeit it has been tweaked a bit. Due'le Quartz disbanded in September of 2002, with Miyabi following up shortly afterwards with the announcement of his solo career.

Miyabi appeared on TV to promote his debut album, Gagaku, also stressing the name change from "Miyabi" to "Miyavi." He continued to stress this change on into the first year of his solo career. It wasn't long before he had amassed a very large fanbase, despite having lost some of his old fanbase from his Due'le Quartz days, going on to release multiple singles and another album. About two years later, in late 2004, he was signed (or "married" as Universal and he had jokingly put it) to Universal Records Japan, making the transition from Indies to major. It was then that he made a second name change to MYV. As previously stated, however, it appears to be a shortened version of "Miyavi," as he still appears in magazines (and is listed on his website) as "Miyavi." His release, Rock no Gyakushuu -Super Star no Jouken-, marked his major debut.

After a four month long stay in America, Miyavi accomplished something new, which might have come as a surprise for a few. Upon return to Japan, Miyavi announced in a video comment (link posted on his official website) that he would like to 'try screaming in the background again' and thus found an amazing guy (older than him) and will start their band in 2007. Although he did not say more, he also assured that he would also like to continue producing as a solo artist.

It has been confirmed that Miyavi is part of the new super-band, SKIN along with YOSHIKI, Gackt and SUGIZO. They debuted on June 29th at Anime Expo, playing their first gig, during which it was announced that Ju-Ken (GacktJOB) would be their support member playing the bass. 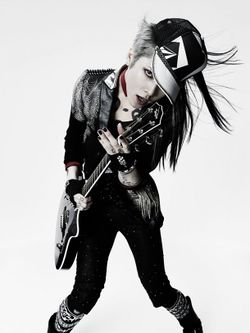 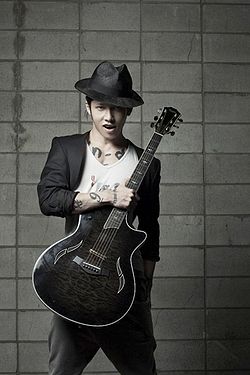 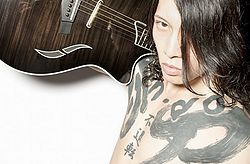 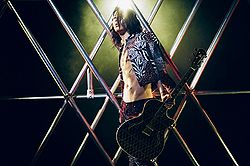 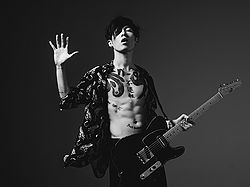 MIYAVI promoting The Others (2015) 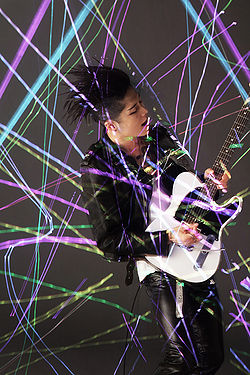 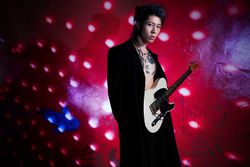