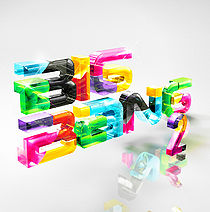 BIGBANG 2 is BIGBANG's third Japanese album (second under Universal Music Japan). It was released in three editions: two limited CD+DVD+Goods editions and one regular CD-only edition. No new songs were included on the album, as all the songs were previously released as Japanese singles/B-sides or are Japanese versions of songs already released in Korea (with the exception of "LOVE SONG", which was not translated into Japanese).

The album is certified gold for a shipment of 100,000 copies.