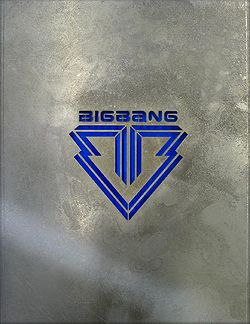 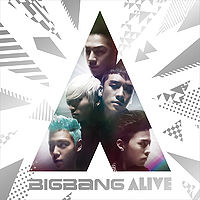 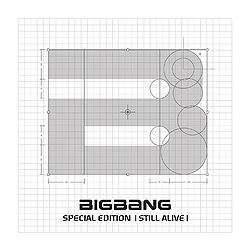 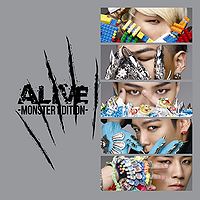 ALIVE is BIGBANG's fifth Korean mini-album. It was released in six versions (one per member and a BIGBANG logo edition), each one including a different booklet, case, and YG family card. Initially the album was housed in a steel case, however the production stopped and was replaced by cardboard cases. All six songs featured on the mini-album (except for the introduction track) will be used as lead tracks.

The mini-album was then later released as their fourth Japanese studio album, and first under YGEX. The Japanese version was released in five editions, a limited "complete box" including a 58page photobook, two CD+DVD editions, each one including a different DVD, a CD Only edition, and a special "complete box" only available at Lawson and HMV stores. The latter edition came with the 58page photobook, BIGBANG's footage from "2012 YG Family Concert in Japan" and with an exclusive facetowel with "WELCOME BACK!!!!!" printed on it, and a take out bag featuring the BIGBANG logo. First press editions for the CD only and two CD+DVD editions came with a sleave case and a 'tall case' for the CD+DVD editions.

Four months later the Korean edition was re-released with the title STILL ALIVE including 3 new songs ("STILL ALIVE", "MONSTER" and "Bingeul Bingeul") and two Korean versions of songs previously included on the Japanese edition of the original release ("FEELING" and "EGO"). Just the original ALIVE release, STILL ALIVE was released in six versions (one per member and a BIGBANG logo edition) and also include 36-page photobook and a 56-page brand book.

A couple of weeks later the Japanese version of the repackaged album was also released with the title "ALIVE -MONSTER EDITION-", and including the three new songs included on the re-released Korean mini-album. The Japanese re-release version was released in three editions, a limited "CD+DVD+T-Shirt" including a T-shirt, a CD+DVD edition, and a CD Only edition.

In Japan, the album is certified gold for a shipment of 100,000 copies.