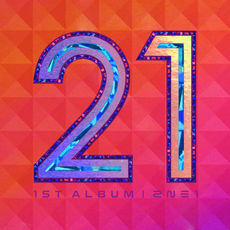 "Apa (SLOW)" is an r&b song recorded by 2NE1. The song was used as the follow-up track to the group's songs "CAN'T NOBODY", "GO AWAY", and "Baksu Chyeo", which were all simultaneously used as the lead singles for To Anyone album, and was the overall fourth single. It was lyrically described as speaking about "the pains of love". 2NE1's debut performance for "Apa (SLOW)" was at Inkigayo on October 31, 2010.

Along with "CAN'T NOBODY", it received a bronze certification from the Cyworld BGM online music chart. The song reached #62 on the Gaon 2010 digital yearly charts with 1,770,787 copies sold. 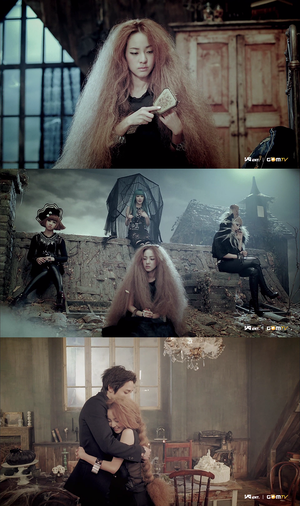 The MV was directed by Kim Hye Jung, who also directed G-Dragon's music video for "Butterfly", and was released on November 1, 2010 on 2NE1's official Youtube channel. It was described as having a "dark fantasy theme" and Dara starred as the music video's female lead heroine longing for her longtime lover portrayed by Lee Soo Hyuk, a male fashion model and friend of G-Dragon. The music video was said to "showcase the longing desire on unrequited love" and the group sported a "Gothic look" to coincide with the sad, dark theme. On its first day of release, the music video garnered 1.4 million views.

It begins with a shot of the rooftop of an old wooden house with various fallen branches and brown leaves littered upon its surface. The shot pans down then fades to reveal Dara, the occupier of the house, sitting on a bed inside of a room with leaves scattered on the hardwood floor. The scene switches to CL lip syncing the first verse of the song sitting on the rooftop amidst fog. Inside of the house, Dara is shown combing her long, thick hair until she suddenly stops with a sad, forlorn expression on her face.

While 2NE1 lip syncs the song on the foggy rooftop, the various solo scenes of Dara, sitting down in various locations, are interspersed in the music video. Eventually, Dara is shown sitting at a long rectangular table lighting three black candles on a white cake with skull and cross decorations on top. While her eyes are closed, a candle blows out on the cake. When she opens her eyes, Lee is sitting on the opposite end of the table; Dara smiles in delight. Lee and Dara leave their chairs on the opposite ends of the table and Dara rushes into Lee's arms with a smile on her face.