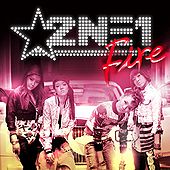 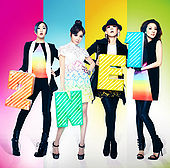 "Fire" is 2NE1's Korean debut digital single. The song was described as a "fast hip hop number with a reggae form". 1TYM Teddy was the overall producer for the song, the music video and also the fashion style for the group’s debut. The rhythm of the song is lead by the African style percussion instrument, combined with Hip Hop synth and Indian style instruments. The melody is combined with various genres with reggae qualities. The dance choreography is done by Sean and Amy (who also choreographed Taeyang's "Only Look At Me"), while the music video is directed by Seo Hyun Seung.

YG stated "Jimmy Iovine (president of Interscope) highly praised 2NE1's leader, CL, as an incredibly talented artist full of potential after watching a video clip of her practicing" and that "he recently gave 2NE1 custom-made headphones as gifts." Those headphones can be seen in the "Fire" music video.

Fire was ranked #9 in "Korean Songs that US people listen most to", a poll done by USA Vote Asia Song. The rank was published on June 3, 2009.

The Japanese version of the song was released as their ninth Japanese digital single and included on their second Japanese single "SCREAM".