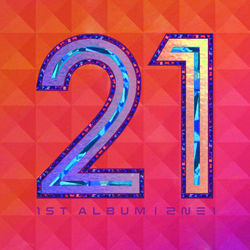 To Anyone is 2NE1's first full album. The first three tracks of the album, "CAN'T NOBODY", "GO AWAY" and "Baksu Chyeo", were used at the same time as lead tracks, making 2NE1 the first Korean artists to promote three songs at once. "Apa (SLOW)", was used as the fourth lead track since October 31st. Three months after it's release in Korea, a Japanese edition release was announced for December 2010 under avex trax, however it was later canceled.