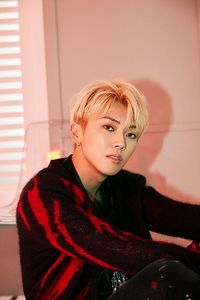 MK (엠케이) is a South Korean singer under WM Entertainment. He is a member of the Korean Pop boy group ONF.