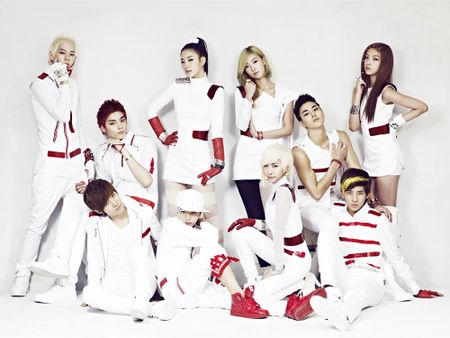 Coed School promoting Something That Is Cheerful and Fresh (2010)

In December 2010, Core Contents Media announced the creation of Coed School's subgroup 5dolls, which would feature all the female members of the gruop plus new member Eungyo.

In November 2011, it was announced that Superstar K3 contestant Jongkook joined the group and Kangho left to focus on acting. It was also announced the creation of the male unit, SPEED, following the steps of 5dolls.

In February 2012 it was announced that leader Soomi left the group to focus on her solo career while two additional members were added to the group and their respective sub-units, Nayeon (5dolls) and Sejun (SPEED).

In October, although not official announcement was made, GM Contents Media updated profiles of the sub-groups website by removing Chanmi, Kwangheng and Noori, confirming the rumors of their departure one month earlier. Also, three new members joined to replace the former members, Shannon, Yuhwan and Taeha.