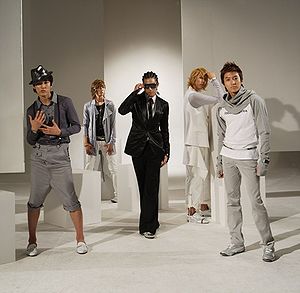 BATTLE was a Korean boy group with six members. Good Entertainment, M.Net and Coca-Cola sponsored a show called Let's CokePlay Battle Shinwa. The idea was that Shinhwa's members would select six young men out of a group of 12 finalists (from 1,800 applicants) to form the "next Shinhwa". Members were chosen by their singing, dancing and endurance skills. In 2009, it was confirmed that the group would go on hiatus as two members were entering the military, while the other three would focus on their solo activities. As members came back from military with not comeback announcement for the group, and member Jin Tae Hwa announced he joined a new boy group, it's safe to assume that the group has disbanded.

Unlike most Korean pop groups, BATTLE was formed through a talent competition, Let's Coke Play! Battle Shinhwa!, which was hosted by the members of Shinhwa. Each member was picked by a Shinhwa member based on their singing, dancing and endurance skills.

The group debuted in late 2006 with the single "Crash", a powerful dance tune, although the group also promoted the ballad, "Icarus". It would be half a year before the group would return with a new release. "Tell Me!" was a contrast to their debut, as it followed a lighter and more pop feel. The single became a minor hit.

2008 was a change for the group. In the first half, Shin Ki Hyun left the group hoping to pursue a career in acting. In June, the now five member group returned with "Step By Step". This single featured another departure from their original image and sound as it was an electronic dance tune which sampled the popular New Kids on the Block' song of the same name.

2009 proved to be an awkward year for the group's fans, as the group was put on hiatus. Two of the members had decided to do their mandatory two years of military service, while the other three would work on solo works. Jin Tae Hwa released his debut single later in the year. 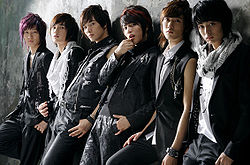