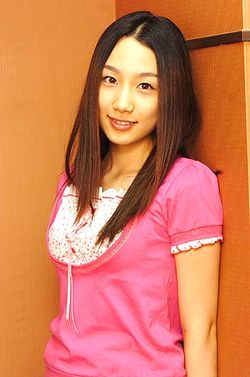 Bae Yumi (배유미) is a Korean Pop singer and actress who was a member of the disbanded group M.I.L.K.. After M.I.L.K. disbanded she moved to SUM Entertainment. Since 2006 she is not doing any public activities.

Born and raised in the United States, Yumi moved to Korea in order to become a singer. Prior to her debut with the group M.I.L.K., she appeared in Shinhwa's "Wedding March" music video.

As a part of M.I.L.K., Yumi provided vocals and also some rapping. Contrary to what is expected from a pop girl group, she, along with fellow rapping member Jae Young would actually write a few of the raps themselves. Between her and Jae Young, Yumi was in charge of the English lyrics, as she was the one who was English fluent.

During her time with M.I.L.K., Yumi improved on her rusty Korean. Whether or not her improvement in Korean influenced her decision to branch out on her own is unknown, but in February of 2004, Yumi landed a solo commercial for the drink "Nok Cha Vegemil" in which she rapped and danced. In the summer of 2004, Yumi starred in musical The Balba Balba.

When long suffering fans were hoping for some news of M.I.L.K. and wondering if the group was still together or not, the news of Yumi's move to SUM Entertainment finally put to rest years of wondering if M.I.L.K. would release more music together. Yumi has been one of the more active of the former group members, having sung the opening theme to Japanese anime Futakoi Alternative and also having done work in dramas.