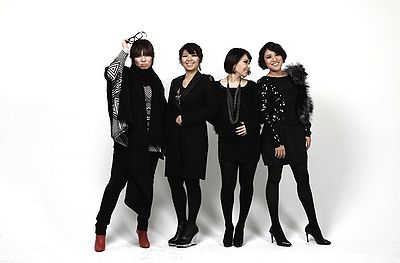 Bubble Sisters (버블 시스터즈) is a 4 member Korean pop group. Their debut became infamous in the west as on their debut album cover (and it's promotional activities) they were sporting blackface makeup. However, they justified the makeup as being a gimmick after their management agency told them that despite having great powerful voices, they were too ugly and/or fat to success.

After a three year hiatus the group returned in 2006 with two new members and a completely renovated image.