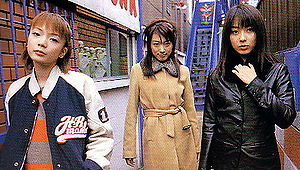 CHEE'S was a Japanese pop band from 1999 to 2001 that featured members from the idol group Checkicco. The group was also known in the beginning as chee's. 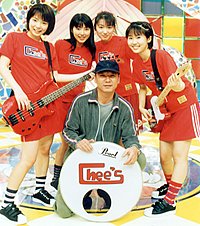 The band was formed after the idea was brought up on the televison show DAIBA tteki!!'s Monday corner Oshiete! BASSMAN. The band featured five orginal members; Shimokawa Mikuni on trumpet, Arai Rika on keyboard, Fujioka Mami on drums, Matsumoto Eriko on guitar, and Yoshida Ken on bass. Soon after the band debuted, Yoshida would leave the group in hopes the band to become an all girl band.

The group experience different changes in the member roaster until 2001, when the band decided to breakup.