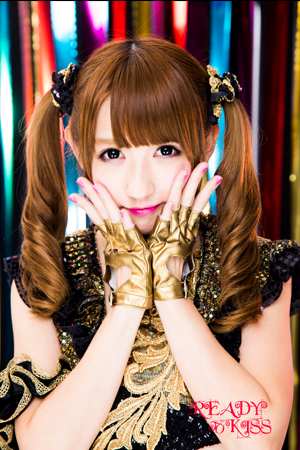 Chiba Sakino (千葉 咲乃) is a Japanese pop singer and idol. She is a former first generation member of the indies idol group Houkago Princess and a current member of the groups SakiHito and READY TO KISS.

On August 17th 2012, Sakino announced her plans to graduate from Houkago Princess on September 1st 2012, in order to focus on a career in fashion. However, she later changed her mind and took back her decision to graduate and stayed in Houkago Princess.

On July 5th 2013, Sakino once again announced that she would be graduating from the group after thinking over her desire to depart from the Idol group and pursuing her dream of fashion. On July 21st 2013, she and Cadet member Aiuchi Kohana both left Houkago Princess during the groups performance at Ruido K2.

On September 28th 2013, both Sakino and Noda Hitomi revealed that they would be starting a new unit together in October 2013, however until then they would perform together as a duo called SakiHito.

In October 2013, Sakino and four other members debuted with READY TO KISS under Get Crazy.