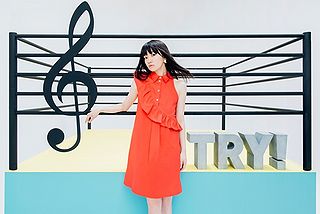 Chisuga Haruka (千菅春香) is a singer and seiyuu managed by dandelion. She was one of two winners of the Miss Macross 30 Contest.

Chisuga auditioned for and won the singer wing of the "Miss Macross 30 Contest" with the song "Yousei" from "Macross F". She was later signed to label FlyingDog, and debuted as both a singer and voice actress in the video game "Macross 30: Ginga o Tsunagu Utagoe".