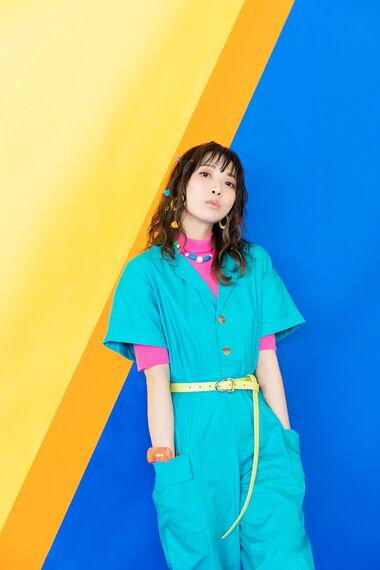 May'n is a Japanese pop singer signed to HoriPro talent agency. She debuted as an urban singer under stage name Nakabayashi May on the Universal Music Japan in 2005 but later transferred to Victor Entertainment's sub-label flying DOG in 2007, and eventually in 2021 transferred to the Digital Double label. 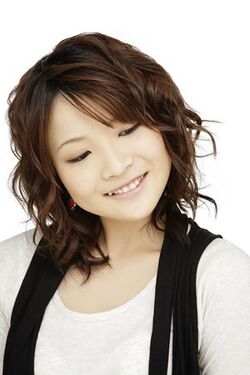 Nakabayashi has been an avid lover of music from a young age and constantly sings wherever she is. When she was 13, she participated in the Love Music Audition held by HoriPro talent agency and was one of four chosen out of 34,911 hopefuls. In the year 2005, she debuted at the age of 14 as an urban singer under stage name Nakabayashi May with the single "Crazy Crazy Crazy". But due to the unsuccess of her three singles with Universal Music Japan, her talent agency decided to find a new way for her career. Nakabayashi took a one year hiatus for label changing. Prior to leave from Universal, she released her last song as Nakabayashi May title "Ame ni Saku Hana" as digital single.

In late 2007, it was announced that she has completed her transfer to Victor Entertainment and will debuted under its sub-label flying DOG with a new stage name, May'n (delivered from May Nakabayashi). 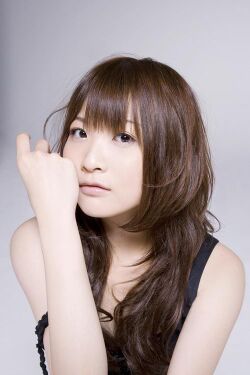 May'n promoting "Lion" (2008)
She also was chosen to lend her voice to the singing voice fictional idol Sheryl Nome in the anime Macross Frontier. Her re-but single, "Diamond Crevasse / Iteza☆Gogo Kuji Don't be late" featured composition by Kanno Yoko and was released on May 8, 2008. Thank to the popularity of the anime series, the single was shotted to #3 on the Oricon weekly charts and later became the 66th best selling single of the year. In August 2008, May'n collaborated with Nakajima Megumi and Kanno Yoko for another single, "Lion". She also got an invitation to MelodiX! on August 23rd, marking her first TV appearance, there she performed "Lion" B-side, "Northern Cross".

The success of Macross Frontier series and the popularity of her character Sheryl Nome also gave her a lot of notices. She was invited to perform "Iteza☆Gogo Kuji Don't be late" at Animelo Summer Live 2008. She also got a chance to perform at Nippon Budokan for Macross F Galaxy Tour and her live performance at Singapore's Anime Festival Asia 08 in November became her first oversea performance. In January 2009, her first Japan live tour was held along with the release of her debut mini-album, May'n☆Street.

Her next single, "Kimi Shinitamou Koto Nakare" was scheduled to be released on May 6, 2009. She also got her first invitation to MUSIC JAPAN in which she performed "Kimi Shinitamou Koto Nakare" and later became its common guest. May'n soon held her second concert tour "LOVE & JOY" in summer 2009. In Fall 2009, she reprised her role as Sheryl Nome for the movie Macross Frontier ~Itsuwari no Utahime~. On October 21, the same day of her 20th anniversary, May'n released two singles simultaneously: "pink monsoon", her second single as the fictional idol Sheryl Nome which is described as Sheryl's debut single at the age of 16; and a digital single "my teens, my tears", a tribute to her teenage days. A few months later she released other song as digital single titled "Grand Piano". She also held to two live performances to celebrate her 20th anniversary. On November 25, 2009, May'n released another two albums: her second mini-album Universal Bunny under Sheryl Nome character and her first studio album, Styles. 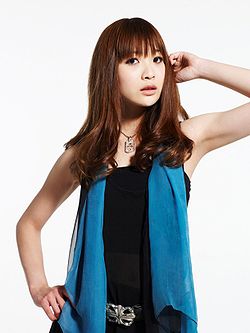 On January 24, 2010, May'n performed her first solo Nippon Budokan concert, titled BIG★WAAAAAVE, which sold out in only one day. In March of the same year, she held her first tour of Asia, followed in July by a 17-city summer tour of Japan. On July 28, 2010, she released her second single as May'n, "Ready Go!", which was used as the opening theme to the 2010 anime television series Okami-san to Shichinin no Nakamatachi.

In fall 2010, May’n was chosen to record the theme song for the film “Incite Mill -7 Day Death Game-” and she released her third single, "Shinjitemiru". In February 2011, she released her 3D live documentary movie May'n The Movie: Phonic Nation and later that month released her second album “If you...” which made number 7 on the Oricon Weekly Chart and which also incluyed the ending theme for the anime television series Saikyou Bushouden ~ Mikuni Engi, "Ai wa Furu Hoshi no Gotoku". In March, she held her second solo Budokan concert, titled RHYTHM TANK!!. She participated in the largest-in-Europe Japanese Culture and Entertainment Festival “Japan Expo 2011″. 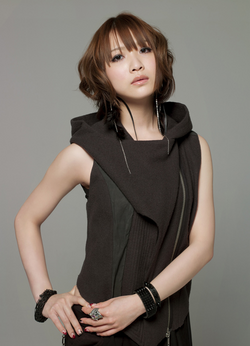 In 2011 and 2012, May'n performed "Brain Diver", which was used as the opening theme to the 2011 anime television series Phi Brain: Puzzle of God, and she also collaborated with Asakura Daisuke who composed and produced two of her singles, "Scarlet Ballet" for the anime Hidan no Aria and "Chase the world" for Sunrise anime Accel World, which the anime edition was released under the Warner Home Video label.

On March 31, 2012 she released her third studio album, HEAT, which includes the opening theme for the Capcom flash/web game Onimusha Soul, "GET TOUGH". In the same year May'n also performed "Aozora", which was used as the ending theme to the 2012 anime television series BTOOOM!, and later performed "Mr.Super Future Star", which was used as theme song to the Capcom game E.X. Troopers.

In 2013 May'n released two singles, one performed "Run Real Run", which was used as theme song to the drama television series Real Onigokko THE ORIGIN ans the second performed "ViViD", which was used as the opening theme to the anime television series Blood Lad. She represented Japan on 26 October 2013 at ABU TV Song Festival 2013 in Hanoi, Vietnam with hit single "ViViD" before starting on 29 October her May’n Hall Tour 2013 "Live! Cave! Dive!" in Japan. 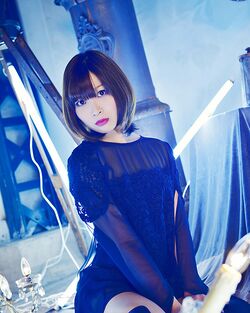 On January 29, 2014, May'n released their fourth studio album, NEW WORLD, which include a second CD with five live tracks from the May'n Hall Tour 2013 "LIVE!CAVE!DIVE!", at the same time she released her ninth single, "Kyou ni Koiiro", which was used as the opening theme to the anime television series Inari, Konkon, Koi Iroha.. She would make her return to the United States with a solo concert in San Francisco and a performance at Union Square for J-Pop Summit Festival 2014.

In the middle of 2014 May'n performed "Re:REMEMBER", which was used as the first opening theme to the anime television series ''M3: Sono Kuroki Hagane.

In 2015 May'n performed "Lethe -May'n ver.-", which was used as the theme song for the Japanese version of the mobile MMORPG LINE Cross Legion and later it was announced her first best album by her 10th anniversary titled POWERS OF VOICE, that would include songs of all her musical career including new versions of her three first singles with Universal Music Japan. In August 26, she performed at the Nippon Budokan a special concert titled "Powers of Voice".

In 2017, May'n performed "Itoshisa to Setsunasa to Kokoro Tsuyosa to", which was used as the theme song for the Japanese release of the game Ultra Street Fighter II: The Final Challengers and was released as digital single on May 31st. On August 9th, She will collaborate with idol unit Wake Up, Girls! in performing the song "One In A Billion", which was used as the opening theme to the anime television series Isekai Shokudou. 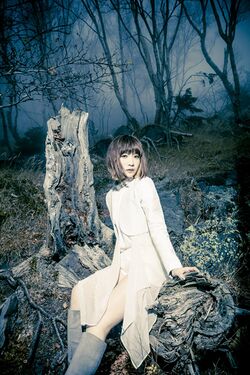 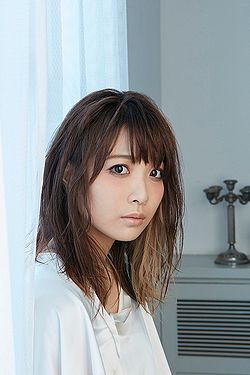 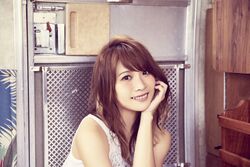 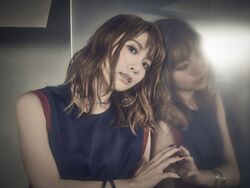 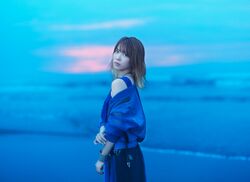 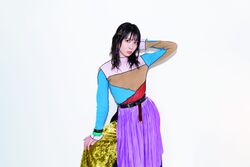 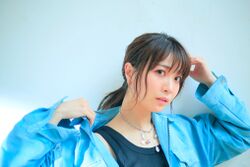