"Run Real Run" is the seventh single (13th overall) released by May'n. It was released in a limited CD+DVD edition and a CD Only edition. The title song was used as the theme song to the TV drama Real Onigokko THE ORIGIN. This was her first psychically released single in a year after 2012's "Chase the World". 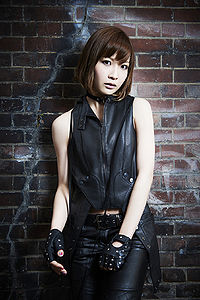