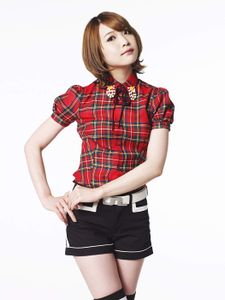 "Mr.Super Future Star" is the fourth digital single released by May'n. It was used as theme for the video game E.X. Troopers for the PS3 and 3DS. The song was later included on May'n's fourth studio album, NEW WORLD as track #3.