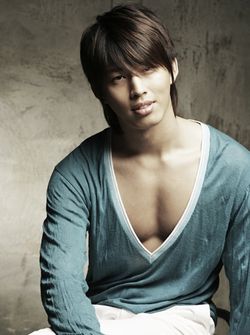 Choi Jung Won (최정원) is a Korean Pop singer and actor. He first debuted as a part of the 5-member dance group "Bronze". In 1999, he formed the duo UN along with Kim Jung Hoon. After the duo disbanded in 2005, Choi was said to be taking some time off, and in 2008 he made a short come-back with the release of his first solo digital single.