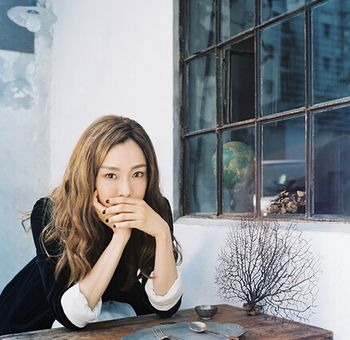 Christine Fan (范瑋琪 / FanFan / 范范 / Fan Weiqi) is an American-born Taiwanese Mandopop singer, songwriter, host and actress. prior to her debut she studied in Los Angeles and then Harvard, but she dropped out of school to become a singer. She made her debut in 2000 under Linfair Records. In 2002, she made her drama debut in Tomorrow, although the pressure caused her to suffer from depression. In 2006, she began hosting Mo Fan Bang Bang Tang, which was the male version of the popular show Wo Ai Hei Se Hui. The show ended in 2009 after Fan decided to focus more on her music career.