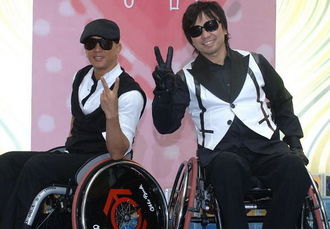 The duo first debuted as part of "Hyun Jin Young and Wawa" in 1990 but it wasn't until 1996 under the supervision of Kim Chang Hwan, a major figure in the Korean music industry, that they got together and formed Clon. Their debut album, Are You Ready?, proved to be extremely popular. They were often credited for being one of the first groups to incorporate strong dance routines with catchy beats.

In November 2000, a tragic and unfortunate motorcycle accident left Kang Won Rae paralyzed from the waist down. Initially the duo decided to disband but in the summer of 2005 they made a comeback with their 5th album, Victory. The title track of the album was called "Nae Sarang Songi" and was dedicated to Kang's wife, Kim Song, who encouraged and stood by him through those tough 5 years.

Although the duo unofficially disbanded after the album's release, they occasionally met for events or promotional activities.