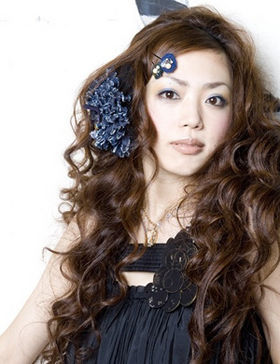 Codama Saori (こだま さおり) is a Japanese pop singer and lyricist singed to Lantis. She mainly writes lyrics for other artists who perform anime theme songs. She made her debut in 1998 with the mini-album Kawaiku Naritai and went on hiatus in 2002 after releasing her second album Beryl no Tameiki. She made her comeback ten years later in 2012 with the single "Mikansei Stride" which was used at the second opening for the anime Hyouka.