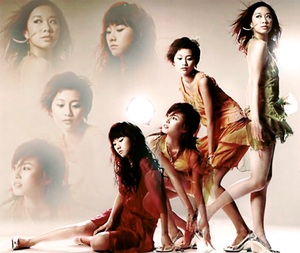 Cookies is a Cantonese Pop group that was formed in 2002 and signed onto EMI Hong Kong. It originally consisted of 9 members and was created as an emulation of the Japanese pop group Morning Musume. However, in 2003, the group was reduced to four members. Although the group's name did not change (the album covers still used "Cookies" as their official name), they are often referred to as "Mini Cookies" thereafter.

Although there was no official announcement of disbandment, the members decided to pursue their solo careers in 2004. The group has been inactive since then.